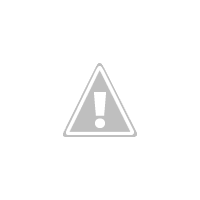 As the name suggests, the Winter Festival is a two-day National Hunt meeting staged annually at Kempton Park Racecourse on December 26 and 27. The Winter Festival boasts a dozen high class jump races over the two days, including three Grade One contests, namely the Christmas Hurdle, the Kauto Star Novices’ Chase and the King George VI Chase.


The Christmas Hurdle is run over 2 miles and open to four-year-olds and upwards. As such, it forms the second leg of the so-called “Triple Crown of Hurdling”, which also includes the Fighting Fifth Hurdle at Newcastle and the Champion Hurdle at the Cheltenham Festival. The 2017 winner, Buveir D’Air, also retained his Champion Hurdle crown with a narrow victory at Cheltenham.


The Kauto Star Novices’ Chase – formerly the Feltham Novices’ Chase, but permanently renamed after the five-time King George VI Chase winner in 2013 – is run over 3 miles and open to four-year-olds and upwards. The race has the distinction of being the first Grade One contest in Britain to be won by a lady jockey, following the victory of Lizzie Kelly on Tea For Two in 2015.


As the second most prestigious race in the National Hunt calendar, after the Cheltenham Gold Cup, the King George VI Chase requires little introduction. Inaugurated in 1937, in honour of the new British monarch, King George VI, the race was switched to Boxing Day after the end of World War II as has been the highlight of the festive programme at Kempton ever since. Run over 3 miles and open to four-year-olds and upwards, the King George VI Chase has been won by some of the finest steeplechasers in history, including Arkle, Desert Orchid, Best Mate and Kauto Star.